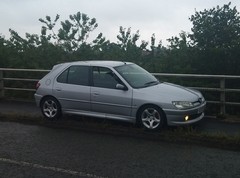 The car was a 153661 miles when I got it. Iv un-plugged the EGR fitted a oil catch tank had a straight through exhaust and a stage one remap.

@161399 Straight through exhaust to peco back box.

Why real-time mpg computers are beneficial

It's common knowledge that on-board fuel economy meters can ... ...